What’s the difference between vintage clothing and second-hand clothing? And antique, is that also a thing? In the clothing and garment industry, these terms have distinct differences. They all fall under a general umbrella of “used” clothing, in that they are not “new” but have been “previously owned” and indeed probably “worn” to one degree or another. Let’s take a look at some of these distinctions, and what it means for the seller, buyer,  or wholesaler of these goods.

In this category, we’re talking about clothing that is not new. That’s true virtually across the board. If a garment or item has been returned to the store or is unsold (‘overstock’), then that’s a different category: store returns, overstock and wholesale (we deal in that, too, so you might want to have a look at this article). For everything else, we’re talking about something that’s been worn (perhaps once, possibly for many years, often somewhere in between) and then donated, given away, or maybe even sold. But this is a broad spectrum, thus we break down “previously owned” clothing into different subcategories.

Second-Hand Means It Was Previously Owned 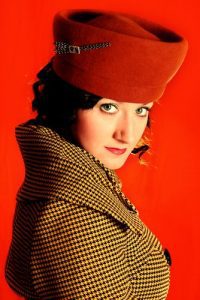 Let’s start with second-hand clothing, which by its very definition refers to clothing that was previously owned. In fact, it could be third-hand or fourth-hand; we’ll never know. We just know it isn’t new. This is the broad category of used clothing. If an item was purchased last year, or even 5-10 years ago, it’s just second-hand. It could be of high-quality, from, say, a well-known label, and it might have a story behind it. For the purposes of categorizing, however, we’ll call it second-hand. But… what if it’s older, like, 30 or 40 years old?

Vintage Clothing is from Another Era – 1980s or Earlier

“Vintage” clothing refers to garments that were manufactured in a bygone era, most likely as recent as the 1980s, and as far back as 50-75 years prior to that. Vintage hearkens back to a different and specific time. When we think of he ‘50s, ‘60s, ‘70s, and ‘80s, for example, each gives us a fairly quick and distinct impression of fashion and design. An analogy could be made to wine: a bottle that’s 20-30 years old, in wine terms, could be considered vintage, so long as that specific year is generally considered to be a good one. In fashion it’s a bit more subjective, with some people preferring 1954 Chevy chic, for example, with others having an affinity for 1977 disco. Vintage, as you can imagine, draws a premium price, while “second-hand” has more of a “used” connotation. If someone tries to sell you a “Y2K vintage t-shirt,” though, you’ll probably want to steer clear – or at least negotiate a better price – as we’re not quite in vintage territory with something that recent.

A rough rule of thumb is 100 years. If an item or garment is more than a hundred years old, we’re talking about “antique” clothing, not vintage. If it’s in good shape, it should fetch an even higher price. The market for antiques, of course, is quite different, as collectors of those eras know what they’re looking for and are wiling to pay for quality and character.

What Exactly is Retro? 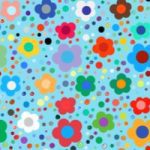 Okay, so we’ve covered the previously-owned / used clothing market, from the broad strokes of “second-hand” to the more defined categories of “vintage” and “antique.” But what about retro? Is that the same as vintage? Mostly, no. Retro generally refers to fashion that is new – manufactured recently, with an intent to look like it hearkens back to another era. Retro is sometimes used interchangeably with “revival,” and not just in fashion terms. It’s bringing back a style or design that was once popular, faded in glory for a time, and is now making a comeback.

At Bank & Vogue, we deal in wholesale second-hand clothing in many varieties, from credential clothing to vintage and even retro. We’re also affiliated with Beyond Retro, a vintage retailer and wholesaler in the UK. We encourage you to get in touch with us if you have bulk used, second-hand or vintage clothing that you are looking to sell.