The Financial and Environmental Benefits of Giving Life to Old Materials

According to the Huffington Post and the U.S Department of Commerce, thrift stores are increasingly becoming big business, while retail store sales are dropping overall. Ithaca.com reported that these sales prove that, “there is a ready market of buyers willing and able to pay large sums of money to purchase used clothing, shoes, and textiles.” This interest in used materials such as credential clothing and ‘mixed rags’ is not simply a North American phenomenon. Rather, between 1980 and 2001, the worldwide trade of second-hand clothing, much of which is sold to or through thrift stores, grew more than sevenfold. In dollars and cents, this amounts to an industry that in 1980 was generating approximately $207 million and is now considered over a billion-dollar industry.

US leads the world in secondhand clothing exports 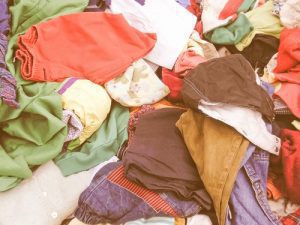 Statistics indicate that the United States ranks as the largest exporter of second-hand clothing.

According to the International Trade Commission, in 2002 (the most recent available statistic) the United States exported a total of $59.3 million to the continent of African alone. In doing so, American textile companies saved approximately 56 pounds of textiles from landing in landfills. The U.S was followed by Germany, the UK and the Netherlands as the nations that also exported used materials in great amounts. On the side of importing, the global sectors that ranks as top second-hand exporters are Sub-Saharan Africa, Southeast Asia and Eastern Europe.

From unwanted to desired and in demand 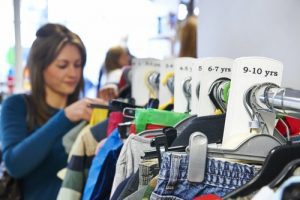 For those involved in these recycled materials markets, they are often looking for items that are unwanted, and donated or given up for sale. In the case of credential clothing, owners will often drop off their items into drop-off clothing bins, clothing depots, charity organizations and recycling companies. These items are typically left in their original plastic packaging so as not to compromise their quality by mixing them up with trash and wet materials. Mixed Rags on the other hand include clothing that is considered ‘used’ that either was not sold in a resale or was not suitable for resale because it is considered imperfect. These items are then removed from the storefront where they were on sale and sent to a warehouse. They are then sorted, compressed into bales, stored until a later date, and finally sold in bulk and by weight to clothing wholesalers.

Both items — credential clothing and mixed rags — while they each are used items, there are also key differences between the two in terms of how they differently enter the used material market. In the case of credential clothing, while these items are packaged in bales like mixed rags are, they are not sorted or graded. Instead, these items are sold to distributors as unsorted, untouched, not graded, and in the very same condition and original packaging as when they were first deposited. Part of the excitement of this process is being able to find highly sought-after items in these packages — whether it is that highly sought-after vintage bag, by-gone era jewelry, or designer shoes, hats, and purses. Mixed Rags on the other hand are items that have been re-directed for usage in a variety of industries. Some might be sold as secondhand materials to domestic or international markets. Others might be re-directed for usage in industrial markets such as the automotive or manufacturing industries. Others still are shredded into fiber in order that they can be used to fill upholstered items, carpet padding, and even to make home insulation. And if not any of these items, some mixed rags materials are disposed of once graders determine that they have been contaminated or damaged. 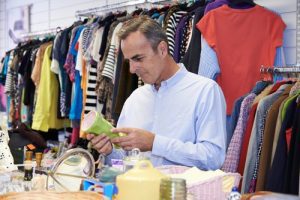 While many have focused on how the growing demand for materials such as credential clothing and mixed rags is great for business, equal attention should be paid to the environmental benefits of re-making used materials. The growing ‘crisis of stuff’ has meant that these items play a particularly important role in achieving environmental sustainability. Ecosalon reports that, “clothing has an enormous, toxic, environmental footprint, one that gets bigger when it is unnecessarily wasted and not given the opportunity to live up to its fullest capacity through multiple lives, multiple owners or textile recycling.” Most buyers rarely consider that our clothing is 100% recyclable and instead discard it in a landfill when it could circulate the globe in exciting new adventures for another user and varied usages — that is, depending on their quality level. While many tend to focus on the cost benefits of re-making used materials, many institutions in the used clothing market are also drawing attention to the ways that the process of re-making old items can and does help save and re-direct items away from landfills.

At Bank & Vogue we are committed to increasing the demand for used clothing items and addressing the ‘crisis of stuff’ phenomenon. We do so by providing our clients with credential clothing (which we collect from home pick-up routes, bins, in-store drop-offs and donation stations), and mixed rags that we piece together from various locations across American and Canadian markets. In each case, our company facilitates the purchase of these items, sends our trucks to pick up loose or baled materials, and then turns them over to new owners who are interested in their acquisition through export and redistribution. As a company that specializes in both the buying and selling of these materials, Bank & Vogue’s reputation verifies our ability to meet the needs of our clientele. We are known to be a reliable seller with expert staff who have ample experience in determining pricing options and the logistics of purchase and pickup. We are also willing to fulfill special orders and can do so once clients contact us to let us know exactly what their business need is. 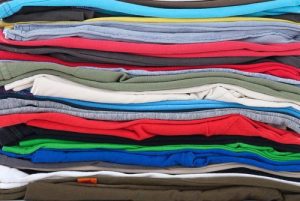 For those interested in the services we provide at Bank & Vogue, or for additional information on items such as credential clothing or mixed rags, they can confidently call our team who are available to provide additional details. To contact our staff about our many services and available items, clients have a number of options. For North American clients, please be sure to call us at 1-866-613-0719. Alternatively, international clients can call 1-613-747-8465. And in both cases, if our staff unavailable to take your call, our alternative option is email and voicemail — where we promptly respond back to prospective clients within a 48-hour window. 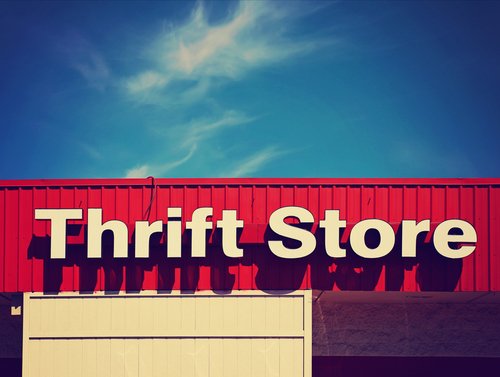