Bank & Vogue’s Role in the Circular Economy: A Sustainable Model for Future Fashion

If you’ve been reading the Bank & Vogue blog for any span of time now, you’ve probably noticed we’re quite keen on the concept & value of the Circular Economy. We’ve been big proponents of this economic model for many years, and we aren’t too shy to toot our own horn a little about how we play a role in the circular economy of fashion.

But backing up a step or two, just what is a Circular Economy? How is it different from other economic models? And can fashion & textiles really make a difference? We’ll look at all this and more, in this edition of Bank & Vogue news. 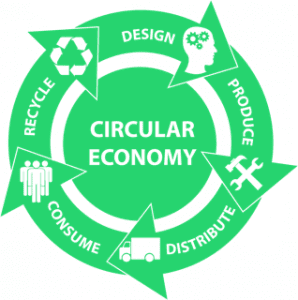 In other words: “Reduce, Reuse, Recycle.”

Simple as it is, the Circular Economy stands in stark contrast to the economic consumption practices we’ve seen in the 20th and early 21st centuries. With some variation, those systems across much of the developed world were largely centered around “Buy, Consume, Dispose.” Now, don’t get us wrong, there were some short-term benefits that came from that, most notably seen in the form of job creation – and consumer enjoyment. 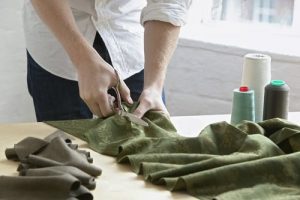 But at what cost?

The long-term effects of unbridled consumption combined with a disposable mentality meant that all that “stuff” had to go somewhere. The two primary means of disposal were combustion or landfill, both of which had detrimental effects on ecosystems at local, regional and global levels. Burning garbage pollutes the air terribly, causing a health hazard for millions, especially vulnerable groups such as children and the elderly. Landfill isn’t a much better alternative, as (a) toxins are still swept into the air and ground; and (b) land is a finite resource, which makes landfill even less sustainable. 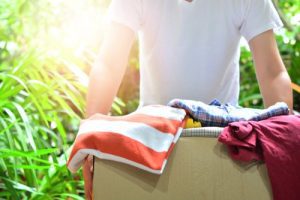 A circular economy, on the other hand, is a cycle that incorporates the reduction of waste in three distinct elements: Production, Consumption and Disposal/Recycle. It all revolves around the idea that we can and must waste less.

In fashion, “a framework for an economy that is restorative and regenerative by design” has led to several major brands coming together to support initiatives that aim to:

The industry aims to reduce the amount of waste, as seen in staggering stats such as:

“The equivalent of one garbage truck of textiles is wasted every second.”

Instead, the operating model must change. And it is changing. Fashion industry leaders like Nike, GAP, Burberry, H&M and Stella McCartney recognize the need for a circular economy of fashion, and are doing their part to manufacture clothing with safe materials as well as keep those materials in use beyond the initial owner’s use.

What is Bank & Vogue’s Role in All of This? 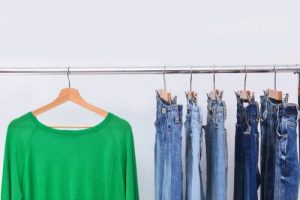 At Bank & Vogue, we’re proud and passionate about doing our part in this Circular Economy of Fashion. We fully recognize the need to mitigate what we’ve come to call the Crisis of Stuff, where overconsumption and a disposable mentality have led to an unsustainable pattern of waste and destruction. Instead, we’re part of the Circular Economy model by being a leader in the buying, selling and global distribution of wholesale used clothing and other goods. Be it credential clothing or mixed rags, we find new homes and new purposes for clothing, textiles and other used goods, doing our part to divert away from landfill and create a more sustainable future.

Contact us today to find out more about how we play a role in the Circular Economy at Bank & Vogue. 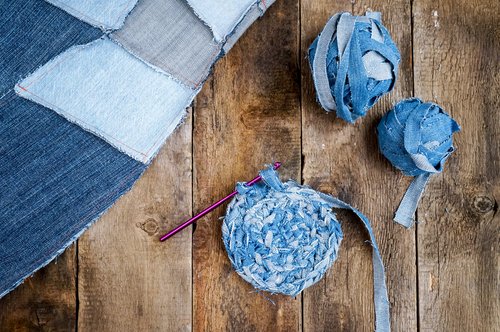