The Front Lines of A Fast Fashion Revolution – Bank and Vogue

More and more in the news, like this article from Newsweek, we’re hearing about the challenges of fast fashion. Contributing to an environmental crisis caused by the worlds production, consumption, and disposal of clothes and textiles, the clothes we buy and use for a season continue to live with for decades, more often than not, in a landfill. Bank and Vogue plays an important role in developing innovative solutions to the crisis of stuff, providing alternatives to the consumption and disposal habits that consumers have adopted. We exist to provide an alternative to our unwanted things, ensuring that they continue to see a useful life after we’ve finished with them.

Here is how Bank and Vogue is helping:

Synthetic fibers like rayon, polyester, and nylon do not decompose. Synthetic fibres that do will produce methane, a gas roughly 30 times more potent at trapping heat than CO2 as it degrades.  Even natural fibers like cotton, linen, and silk struggle to biodegrade; as they have gone through extensive chemical processes and treatments during their production. Bleached in chemical baths, dried, colored, and printed, the chemicals used in their production will eventually seep into surrounding soil and in some cases groundwater.

A Crisis of Capitalism

The problem with our social over-production and under-utilization of clothes stems from two main areas. 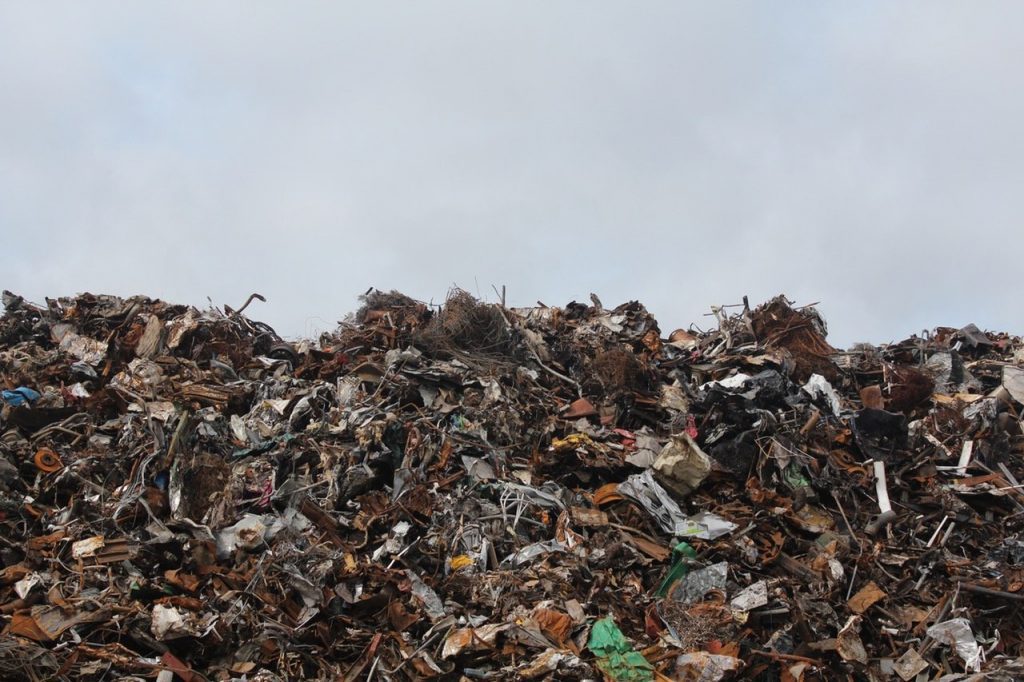 The first is that we have a very ‘linear’ relationship to the things we buy and use, especially clothing. We need a thing, buy it, use it, and when it’s useful life has ended for us, generally we throw it away. This is such a common part of life in the west that rarely do we ever give it our attention as a problem.
Rarely as individuals or businesses do we in the west think about how our clothing, or the materials used to make them, can be re-used.

The second comes from what is called ‘the growth imperative’. A basic condition or principle of capitalism that requires the constant growth of businesses for success. This imperative has led clothing producers and retailers to invent clever mechanisms via which to generate more and more sales. It was once the case that that fashion had two seasons, summer and winter. Then spring and fall were introduced as a means via which more clothes could be sold. Today, retailers like H&M and Zara have 52 seasons a year, one a week, to ensure that the clothes you buy today are out-of-style tomorrow.

What Can Be Done?

Options Available to the Consumer

There are many things that the average consumer can do to lessen their individual impact on the problem of fast fashion. Whether it’s donating clothes to the Salvation Army, Value Village, Goodwill, etc; purchasing clothing at outlets, giving clothes away as hand-me-downs, or even re-purposing clothing textiles, there are alternatives to the landfill for clothing.
Problematically, many consumers are not aware of the rigorous standards clothing must pass in order to be safely resold, and as a result, as much as 80% of clothing donated to second-hand sellers or charities must be disposed. Additionally, many to not recognize that much of the clothing available at designer outlets has never actually seen a retail store! 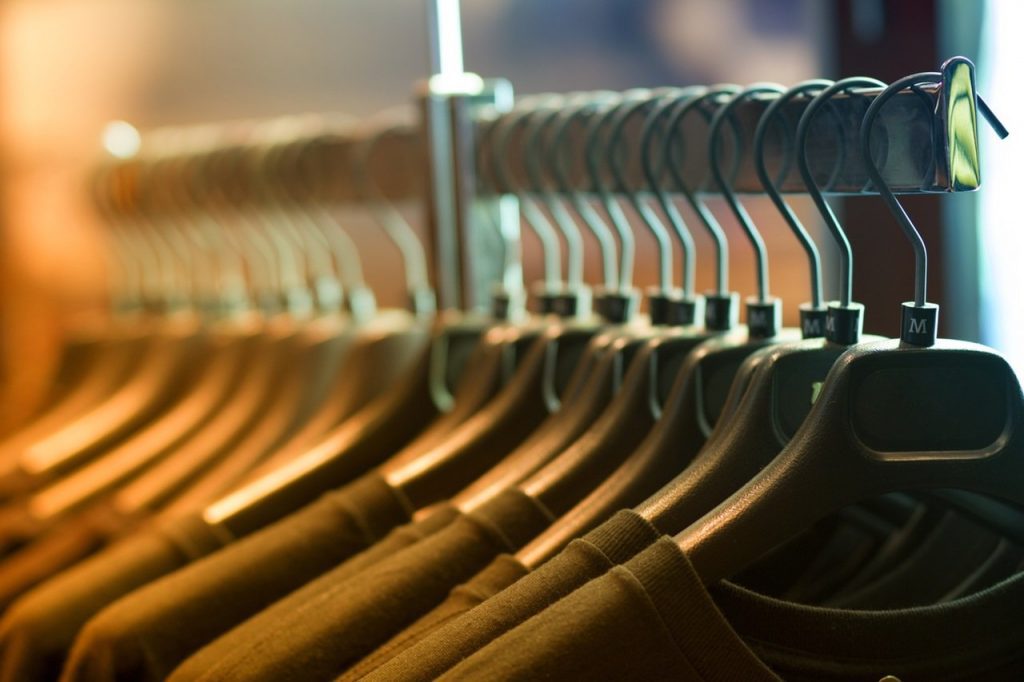 According to a recent study by Cognizant, up to 40% of clothing orders made to e-commerce clothing retailers from 2014’s holiday season resulted in a return.

If you’re running a business selling ugly Christmas sweaters, and 40% of your yearly orders end up being returned, what do you intend to do with the clothes that come back? You can’t sell them, as Christmas is over. You can’t store them, as doing so till next Christmas would cost more than making new sweaters next year. Without an alternative, much of this clothing ends up in a landfill. Fortunately, because of companies like Bank and Vogue, there is an alternative.

Bank and Vogue – Here to Help

The 80% of donated clothing that doesn’t get resold to consumers, and the tonnes and tonnes of off-season store returns, while not fit for direct re-selling, still have significant value. Because the retailers that sell them cannot profitably invest in the infrastructure required to extract this value, a market opportunity exists for anyone that can. Enter Bank and Vogue:

When store returns and clothing donations cannot be resold, Bank and Vogue offers them relevant solutions as an alternative to the landfill.

Donated clothing that is ripped, stained, or otherwise degraded to the point of being useless as clothing is still useful as cloth. Moreover, the clothes that retailers and re-sellers like Value Village cannot sell to consumers can still contribute value to many people’s lives!

In both these cases, Bank and Vogue exists to provide creative solutions to the environmental crisis of clothing. We divert useful clothing and textiles away from landfills and into the lives of people who can get good use from them.

Bank and Vogue sees used clothing as an opportunity. Blazing a trail in our industry, we help to address both of the main causes of the crisis of fashion.

Bank and Vogue collects thousands of tonnes of returned, used, and worn clothing and diverts them from landfills. Whereas our usual relationship with our clothing is linear, Bank and Vogue allows the possibility of a circular relationship. Instead of clothes going from stores to landfills, we provide the means by which they can be used, recycled, and used again! 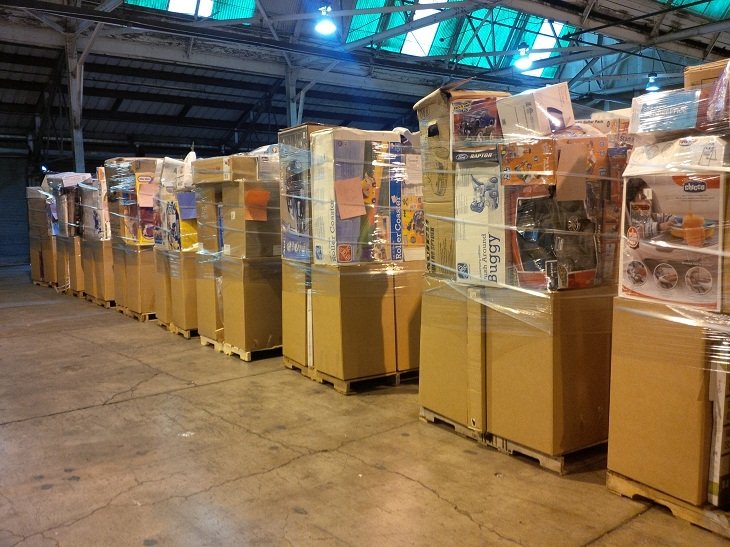 Bank and Vogue acts as a broker for used goods, purchasing unsold and used clothing here for use in other parts of the world. The need for people around the world does not need be be addressed with brand-new clothing. Bank and Vogue helps to decrease the environmental impact the fashion industry creates by providing people the world over an alternative to new clothing.

Bank and Vogue has also invested in recycling infrastructure to address the problem of clothing that is too worn to be resold. We have set up a factory in India dedicated to deconstructing old clothing to make new items! The environmental pollution caused by the need for fashion retailers to grow is massive, but it can be significantly reduced when the resources they use to make clothes don’t come out of the earth, but from already made clothing instead!

For more information on how Bank & Vogue is working to address the ‘crisis of stuff’, and divert thousands of tonnes of used, unsold, and worn clothing from landfills, take a look at this article featured in Bishops University Magazine. If you want to learn more about who we are, what we do, and the opportunities you have to help, take a look around our About section, or get in touch! 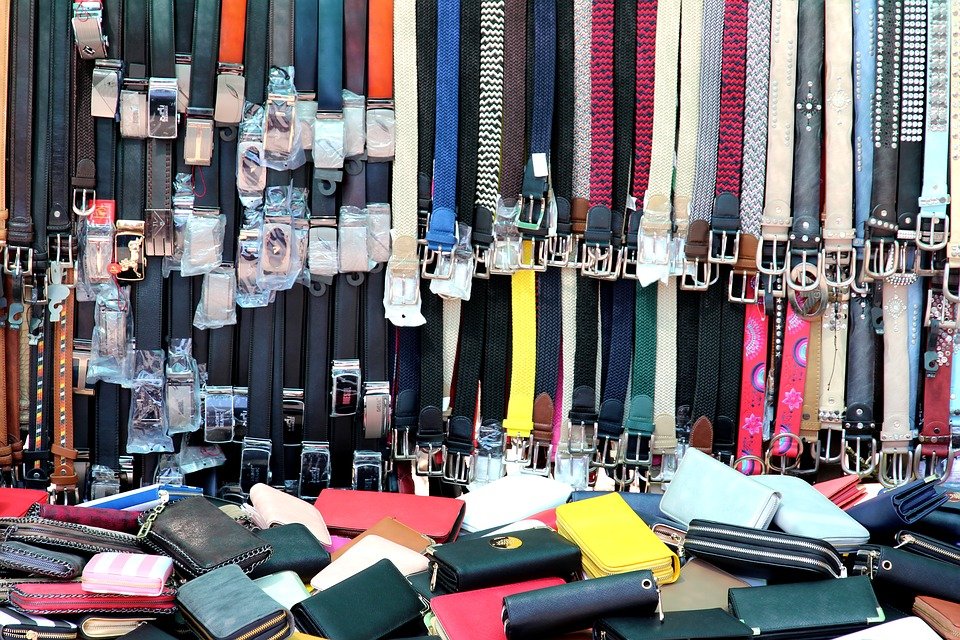