Textile Recycling 101: All You Need To Know About How to Divert More Material from Landfills

The process of textile recycling continues to garner attention worldwide — particularly among those who are interested in impacting the environment in a positive way. In many places across the world, consumers swap clothing, shoes and fabrics that are in good condition, others donate or sell what they are no longer using to someone who can repurpose the materials, and there are also many who mend or alter materials in order to create a new and fashionable look.

While it is estimated that nearly 100 percent of textiles and clothing are recyclable, only 15 percent of consumer used clothing is recycled. And yet, if consumers chose textile recycling, and opted to extend the life of a piece of clothing by only three months, experts predict that this act would reduce waste generation as well as a single human being’s carbon footprint by five to ten percent.

But beyond these recycling choices, what exactly does the act of recycling textiles entail? 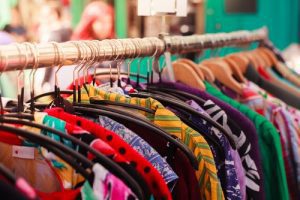 Textile recycling is the process by which old clothing, textiles and materials are recovered and re-used as part of an attempt to engage in material recovery. In doing so, not only will consumers redirect their clothing to another use, but they will keep your clothes out of the world’s landfills and perhaps even get a great new wardrobe in the process!

This initiative is the basis for the textile recycling industry as it is represented by SMART, the Association of Wiping Materials, Used Clothing and Fiber Industries in America. In order to successfully recycle textiles, the necessary steps include donating and collecting materials, followed by sorting and process those products for re-use, and later transporting any textiles to the end users or customers interested in their purchase. Following this process, used garments, rags and other recovered materials are then put to new use and have a purpose beyond existing as waste in the world’s landfills.

Thus far, the textile industry has evolved into a trillion-dollar industry globally. This is in large part to the growth of the textile industry itself — meaning, given that consumers are consistently in search for clothing, furniture and mattress material, linens, draperies, cleaning materials, leisure equipment and other miscellaneous materials, the need for products continually exists and feeds the demands of the market.

The Problem of Waste Management

Globally, it is estimated that over 80 billion garments are produced annually. In 2010, approximately 5% of the U.S. municipal waste stream was textile scrap. More concretely, this number totalled 13.1 million tons of waste. In the United States alone, more than 15 million tons of used textile waste is generated each year — this amount has doubled over the last 20 years. Experts surmise that the average American throws away approximately 80 pounds of used clothing, and it costs cities $45 per ton to dispose of these materials per year. And according to Canada’s CBC, in Canada’s province of Ontario alone, 85% of discarded textiles end up in a landfill site. This means that only 15% of materials that consumers discard are recycled or reused.

Scientists have determined that once materials reach landfills, the nature fibers in various materials can take hundreds of years to decompose. While they are resting in the world’s landfills, these materials pose additional environmental risk due to the possible release of toxic substances such as methane and CO2 gas into the surrounding groundwater, soil and atmosphere. Some scientists caution that not all materials are designed to decompose — as is the case with synthetic textiles.

Are Consumers Truly in Urgent Need of Recycled Textiles? 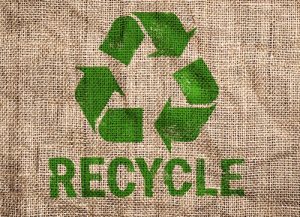 The answer to such a conundrum? Textile Recycling. Not only is this process beneficial for our environment, but for our pockets as well.

This process offers a number of environmental benefits that include: repurposing materials for a new audience, decreasing The Balance, textile recycling is the energy intensive production of new clothing with the added benefit of avoiding pollution, reprocessing materials that are no longer of use in their current fashion, and reducing solid waste particularly in large cities. In addition, textile recycling combats the question of landfill space requirements, preventing the release of harmful gases into water, soil and breathable air, and finding ways to reassign materials such as synthetic fiber products that are not intended to decompose and can instead pose harm to the environment by emitting greenhouse gases. In addition, by recycling textiles, consumers are helping to avoid the use of virgin fibers, they are reducing consumption of energy and water, they are avoiding the threat of pollution, and they are lessening the demand and reliance on dyes.

And yet, despite the urgent need to engage in textile recycling, the process also faces a number of challenges which need to be addressed as industrialized societies aim and strive to move closer to a zero-landfill society. Though the process of textile recycling aims to reduce landfill materials, it is also the case that the recovery rate for textiles is only 15% even after recent technological advances.

How Do Consumers Get Their Hands on Textiles for Recycling?

According to a U.K. industry source, approximately 50% of collected textiles are reused, while another 50% are recycled. Of these materials, experts estimate that 61% of recovered wearable clothes are exported abroad rather than remaining in domestic markets. In Canada for example, an estimated 10% of charitable contributions are sold by thrift stores, while the other 90% donated fabrics end up going to textile recyclers. 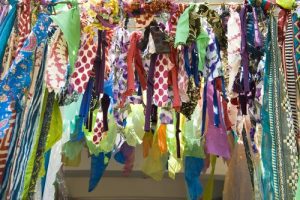 Experts also report that in some markets, governments offer incentives to encourage textile recycling. Such is the case in the United States where the government offers tax incentives to citizens who donate household goods to charities such as the Salvation Army and Goodwill Industries. Incentives like this have resulted in the trend of increasing the purchase of clothing and other household goods that are salvaged charities well.

According to expert sources, recycled textiles typically arrive in the hands of consumers through the donation of old garments or through corporate or non-profit programs. Materials tend to be generated from two primary sources that include:

While in some markets recycled materials are only a small portion of textile market demand, in other places, recycled and used clothing are actually a core product in local markets. Experts estimate that more than 70 percent of the world’s population uses secondhand clothing. These numbers are comparable when looking at other materials such as shoes, polishing and cleaning cloths, upholstery, fiberboard, and mattresses. Such is the case in a number of continental African nations where as many as 80% of the people wear used clothing.

The Hands Behind the Textile Recycling Workforce

In order to collect, process and ship recycled textiles, a large workforce is needed. In the United States, this body of workers helps to remove approximately 2.5 billion pounds of post-consumer textiles each year from the waste stream. In doing so, this industry creates more than 17,000 jobs per year in more than 500 garments recycling companies located in the USA. In many cases, these companies are owned and operated by small and family businesses, each of which employs 35 to 50 workers. Among this group of employees, 10,000 are considered semi-skilled employees employed in the primary processing of used textile, while the remaining 7,000 employees serve in the final processing stage.

How Exactly Are Materials Recycled? The Process 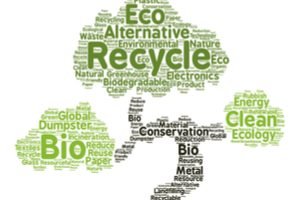 In order to recycle textiles, producers must first know the fundamental differences between natural and synthetic fibers. Then producers must sort materials by type and colour. In doing so, producers limit the potential of re-dying fibers, and increase the outcome of saving energy and avoiding pollutants. Textiles are then pulled into fibers or shredded, and in some cases, other fibers are introduced into the yarn. The yarn is then cleaned and mixed through a carding process, re-spun and ready for subsequent use in weaving or knitting.

However, some fibers are not spun into yards. Rather, some are compressed for textile filling as in the case of mattresses.

In the case of polyester-based textiles, garments are shredded, granulated, and processed into polyester chips. These are subsequently melted down and used to create new fibers that are to be used in new polyester fabrics.

As the practice of textile recycling becomes more popular, its process more familiar, and the environmental benefits more apparent, the demand and desire for the process will increase. For as clothing recycling and sustainability becomes an even greater trend, and the practice shows great potential, it is inevitable that the industry will continue to grow and flourish. Coincidentally, the next course of action needed in order to make this a reality to engage in many more initiatives that promote recycling, as well as harmonization of collection efforts.

Bank & Vogue’s Role in this Process

At Bank & Vogue, we’re pleased to be part of the global initiative to reduce waste and mitigate the landfill crisis. You can read more in our take on this situation, something we call The Crisis of Stuff. 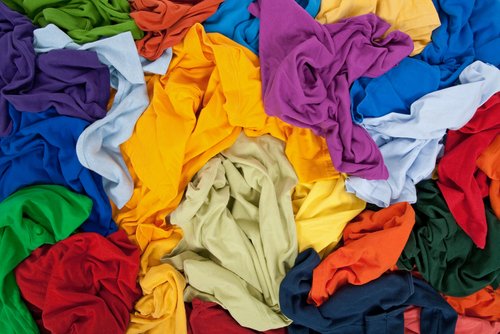